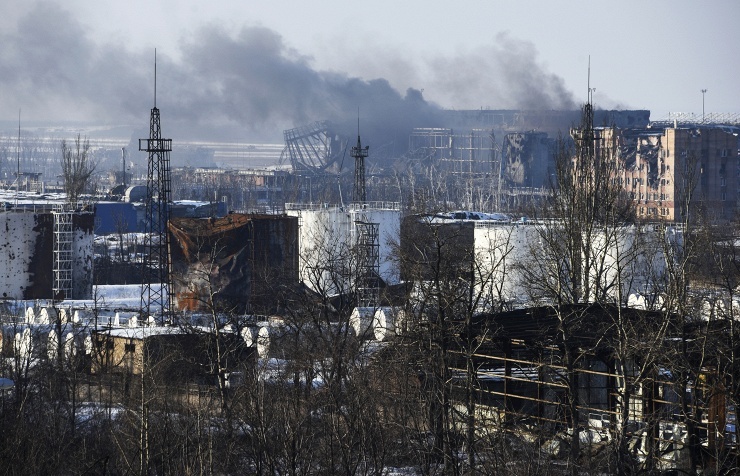 Now that Ukrainian troops have taken complete control of the Donetsk airport, it is a good time to look back at an example of Russian media propaganda. The attached ITAR-TASS "news release" follows a typical pattern of Russian propaganda: start with a lie, add some nonsense, and then finish with a different lie which contradicts the first lie:

The first lie: "Only the most staunch idea-driven are staying, there is no exact information on how many of them are there, a military adviser to the head of the self-proclaimed Donetsk People’s Republic told TASS"

The nonsense: “It was not an operation to squeeze out the Ukrainian troops from the airport, it was a “good will gesture” on the part of the DPR,” he said.

The contradiction: “There are no Ukrainian servicemen at the new terminal of the airport. They have abandoned their positions and have withdrawn seeing no point in further resistance,” the ministry said.

This is a key characteristic of Russian propaganda - instead of presenting a simple lie, they present a compound lie, which contains two or more mutually exclusive assertions. This has the effect of numbing the rational faculties which simply cannot believe two mutually contradictory propositions, thereby allowing entrance of irrational ideas - the emotive nonsense that they insert into the middle of the compound statement.