Douglas Rushkoff: Program or be Programmed

Program or be Programmed: Ten Commands For A Digital Age is a new book by Douglas Rushkoff published by OR Books where Douglas presents his guidelines for humanity’s role in the future of technology.

The debate over whether the Net is good or bad for us fills the airwaves and the blogosphere. But for all the heat of claim and counter-claim, the argument is essentially beside the point: it’s here; it’s everywhere. The real question is, do we direct technology, or do we let ourselves be directed by it and those who have mastered it? “Choose the former,” writes Rushkoff, “and you gain access to the control panel of civilization. Choose the latter, and it could be the last real choice you get to make.” In ten chapters, composed of ten “commands” accompanied by original illustrations from comic artist Leland Purvis, Rushkoff provides cyberenthusiasts and technophobes alike with the guidelines to navigate this new universe.

In this spirited, accessible poetics of new media, Rushkoff picks up where Marshall McLuhan left off, helping readers come to recognize programming as the new literacy of the digital age––and as a template through which to see beyond social conventions and power structures that have vexed us for centuries. This is a friendly little book with a big and actionable message.

Just installed and operational. I just need people to use them...

NELL Learns to Read the Web

NELL (Never-Ending Language Learning) is a system developed at Carnegie Mellon which is taught to "learn" the web. I guess this is a successful project, something which I had worked on several years back with the idea that everything is related to everything else. Here is what they say about themselves:

Their goal is to construct a knowledge base or relational data. I wonder what use it could be without a parser... Stay tuned, might be the next big thing.

via Read the Web :: Project Overview.

"She is a thing of beauty."

Bristol was part of a team led by New Zealand filmmaker/volcanologist Geoff Mackley, at Marum volcano on Ambrym Island, trying to capture the dynamics of an active volcano while adding a human presence for the sake of drama and perspective. The video, which the filmmaker insists is genuine, has gone viral on the Internet.

via The Grind TV Blog.

HTML5 Boilerplate is the professional badass's base HTML/CSS/JS template for a fast, robust and future-proof site.</p>

Yanukovych's Bodyguard is a Russian National

Ukraiinska Pravda reports that the bodyguard of the Ukrainian President, Viktor Yanukovych, is Russian.

Having 'learned' the lesson from the Yuschenko era, the president cannot trust anyone that is Ukrainian. Why is that? Is he afraid? What is so great about this Vyacheslav Zanevskiy?

This has some serious consequences as to national interest. As Pravda points out, this person holds the leader's life in his hand. What would happen if Yanukovych was to go against Russian interests? 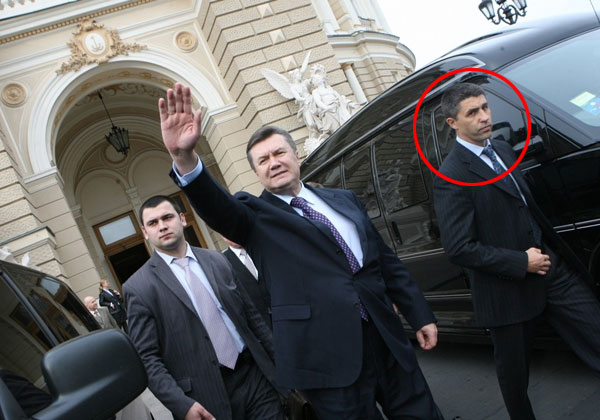 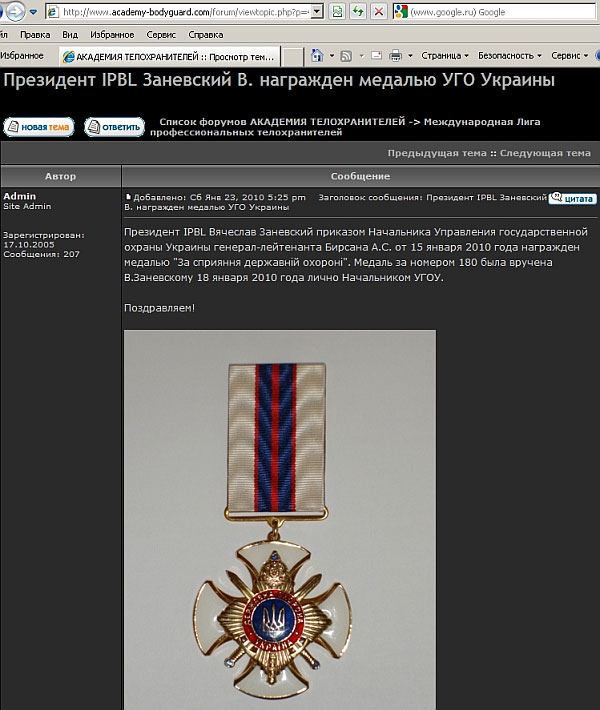 The jquery-AOP project used jQuery to create functions that can treat object methods and global functions as aspects. That means, that you can run other code before, after, or around them.</p>

For example, let’s say you want a pop-up message box to appear before someone uses the document check-out feature.