1932: The first light to shine atop the Empire State Building (November, 1932) was a searchlight beacon which told people for 50 miles that Franklin D. Roosevelt has been elected president of the United States.

1976: Colored lighting was first introduced by Douglas Leigh. The tower was lit in red, white and blue in celebration of the American Bicentennial.

His granddaughter told investigators Kato holed up in his room about 30 years ago after declaring he wanted to be a living Buddha, police and Tokyo officials said. They believe Kato died soon after that.</p>

Computerworld - Minnesota said Tuesday that it is moving its messaging and collaboration services to Microsoft's cloud computing platform in an effort to address multiple issues -- including an aging workforce, increasing red ink and a desire for shared services.</p>

Approximately 33,000 state workers in Minnesota will be affected by the move, which could be one of the largest public sector migrations to a cloud platform.

We will see how long it will take for Minnesota to halt their services. While Los Angeles moves to Google:

The City of Los Angeles late last year agreed to shift about 30,000 employees to Google Apps from the Novell GroupWise collaboration system.

I would not mind moving to Canada if there is an attractive firm. Why not make all data centers automated and move to California?

In western New York, the Buffalo area may be fast becoming a prime location for data centers in America. Having recently hosted the opening of a new Yahoo data center in Lockport, the area is now being considered for a new Verizon data center.

via Buffalo as Data Center Mecca.

As you may have heard, weve had a very close election here in Sweden. Today the Swedish Election Authority published the hand written votes. While scanning through them I happened to notice

via Did Little Bobby Tables migrate to Sweden?.

the Výstavištĕ Holešovice Exhibition Hall in Prague on a mission –

to capture the band playing using as many different angles as possible.

Bringing together the exceptional talents of many contributors,

here is the result.

They came, filmed, edited the result with band's master soundtrack. Not for sale and strictly for fans.

Here are some results:

What iTunes 10 reminds me of

GNOME: The Free Software Desktop Project. Ahhhh... the good old days. But why these icons? 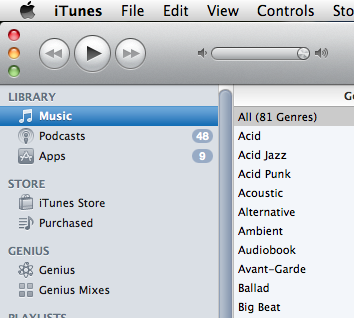 Congratulations to Geni for releasing localisations for 20 languages.