It is important to know how a webpage would load on another person's computer, especially when it involves AJAX and page scripting. It may work properly and load as fast as it is, this is not the case on another machine with another configuration. Therefore, it is essential to be able to simulate network loadtimes, latencies and packet losses. Here I will be giving simple examples and how to setup a low-bandwidth environment on Mac OS X and other Unix/Linux systems.

OS X is equipped with some powerful tools. Not to mention that it comes with a built-in Apache and PHP, it also comes with a number of security tools including IPFW. IPFW is a tool that is essential to control the inflow and the outflow of traffic on your machine. When you access the firewall settings from your System Preferences application, it configures IPFW to monitor the network. System Preferences is the front-end GUI for IPFW, so to speak. Since System Preferences is not powerful enough, we will be using the Terminal.

The plan of action is the following:
open port 8080 with a limited bandwidth and redirect requests made to it to the local web server (port 80).

The following command would open port 8080 and redirect its requests to our webserver, which runs on port 80:

Now, we have to run the requests made to port 8080 through a pipe:

and configure the pipe to lower bandwidth at 64Kbps:

With these three easy commands, we have created port 8080, which will serve the same content as the default webserver, but at a lower rate. If you direct your browser to

, you will notice a significant web page load time change compared to (assuming your web server runs on port 80).

In terms of having a more realistic simulation, there are two other aspects to networking: latency and packet loss. And it is a matter of how you configure your pipe. The following command will add 300ms latency with 10% packet loss on a 64Kbps pipe:

To remove your port 80, you simply have to remove the rules you have set. Rule # 200 and 205 will be removed with the following commands:

Once deleted, the browser will give you an error when you try accessing port 8080 because it will no longer redirect your traffic. If you want to see that the rule was actually deleted, type in the following:

Also note: If you are loading jQuery or other scripts from external sites, this simulation will not work because you are not putting any restrictions on outside sources.

Please leave a comment if you know of a better, cooler way to simulate loading on your local machine.

Using different keys of the piano, Peter Ablinger plays a digitized sound recording of a child on a Talking Piano:

Cycling down the Capitol steps, 1885 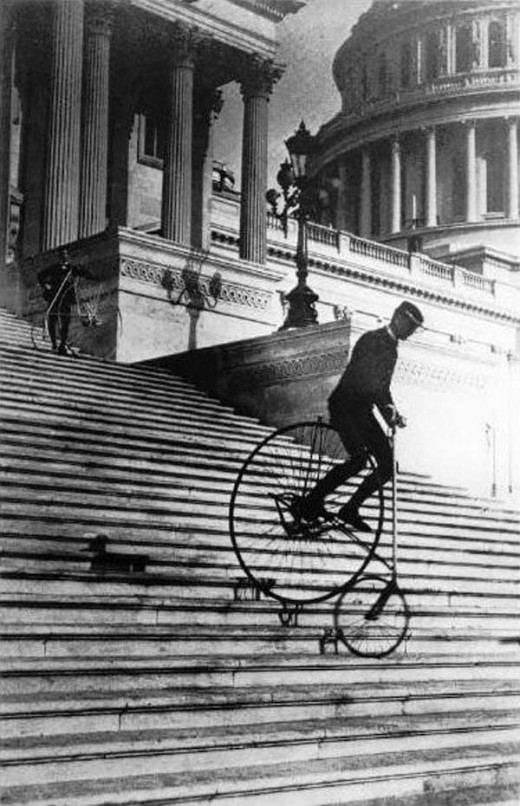 Cycling down the Capitol steps, 1885 | Retronaut:

After careful consideration, I have decided to stick with Ember.js for my new Javascript MVC experiment.

At the end of the day, Ember.js is the only framework which has everything I desire.</p>

Finished upgrading my portfolio website to Rails -- hosted on Heroku. Photo content is hosted on Flickr and is directly fetched from there by the client. This should tell you more about how appreciative I am of GoDaddy.

Stumbled upon a character named Mark Gonzales; known for revolutionizing street skating. What used to be a flatland arena, has been overturned to become more acrobatic with Mark's invention of Grinds.

Got linked to a video of some of his contemporaries skating in various locations, and found some similarities with THPS level designs. This would be interesting to know what the inspiration was for those games.

Here is a 3-part documentary:

I Love You So

Most tutorials you find on Authlogic assume Rails 2. Here is somewhat useful Authlogic setup walkthrough for Rais 3 by Logan Bailey.

oenophile - a lover of wine.

The word did not exist in the wine lexicon until 1977 when Shirley Copperman coined it for her new bring-your-own-wine restaurant she and her husband dubbed "Oenophilia", located on the upper West Side of Manhattan